What staple food accounts for 20% of the calories consumed around the world each day? The answer is corn.1 This number is frightening when considering corn’s high vulnerability to changes in climate, including erratic rainfall, extreme temperatures and pest infestations. Its weakness stems from the domestication of corn into a monocrop perfected for a set of climate conditions that no longer exist. Even more frightening is that the same story applies to many other grains, including rice and wheat. Together the corn-rice-wheat grain trifecta comprises 50% of global caloric intake.2

But not all carbohydrate staples come from grains. Thousands of years ago, prior to the domestication of plants and animals, tubers formed a far more significant portion of the human diet.3 Hidden away from the heat, tubers are known for their ability to form extensive root systems with built-in water storage, even in the world’s driest and poorest soils. Unlike grains, many varieties of tubers have retained their genetic diversity, nature’s greatest defence against rapid change. Going forward, tubers could prove key to food security – while as a bonus bolstering gut-friendly, resistant starch lacking in many modern diets.

Humans aren’t the only consumers of corn and other grains. The majority of livestock depend on them too. This makes animals, such as cows, doubly vulnerable to changes in climate: not only are they themselves exposed to temperature extremes and water shortages, but their food supply is also under threat. With changes in climate taking a toll on the livestock industry, are we likely to see increasing constraints on the supply of proteins? 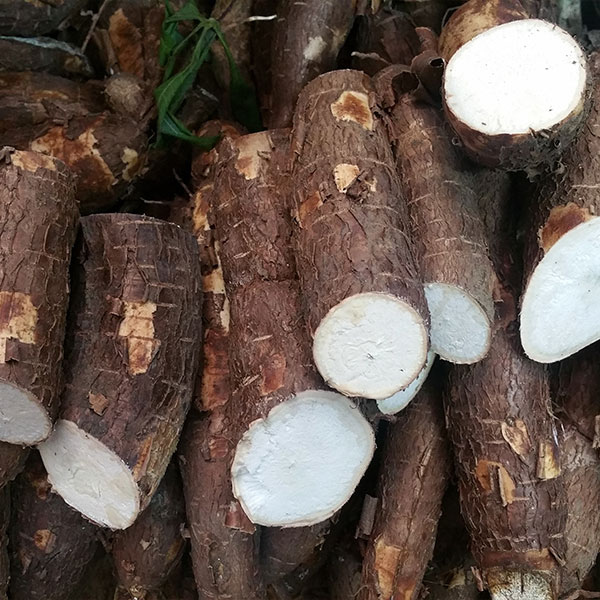 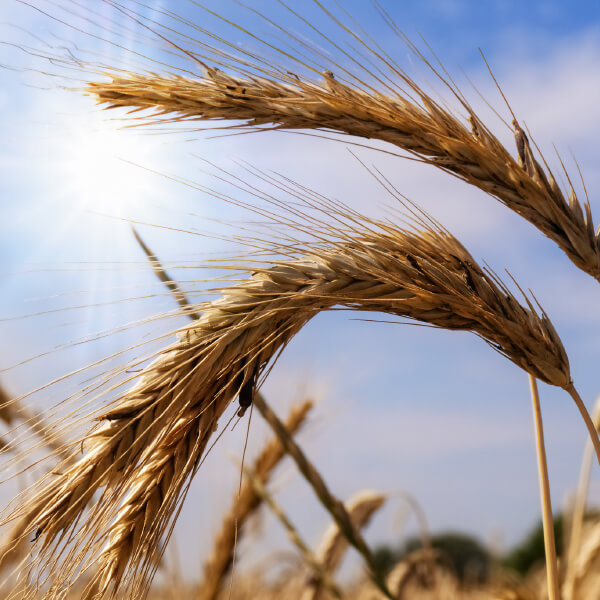 with changes in climate taking a toll on the livestock industry, are we likely to see increasing constraints on the supply of proteins?

The first harnesses advances in computing to decode the taste and nutritional profiles of protein-rich foods and design cheaper, better ways of creating new options. The second method uses this technique in conjunction with a process known as microbial or precision production, whereby microbes are designed and modified to produce desirable molecules, such as the heme protein giving meat its characteristic taste and smell, when fed simple sugars in controlled environments. In other words, instead of solely employing microbes to ferment, for example, the alcohol in beer and wine and the lactic acid in cheese, we are now using them in a more precise way to make proteins, as well as numerous other valuable molecules. The benefits of doing so are dramatic reductions in cost—microbial protein production requires a fraction of the time (weeks, not years) and resources (e.g. 90% less water) compared to animal proteins—as well as potentially better outcomes (e.g. quality controlled environments, flexibility to choose molecular profile). The third method, cultured or lab-grown meat, uses both the first and second techniques to produce growth cultures, which then support the development of stem cells into animal tissue. It’s meat without the animal. All three methods are in use today, rapidly journeying down the cost curve towards mass market competitiveness. Beyond Meat is an example of a company employing the first technique, Impossible Foods and Perfect Day the second (also Novonutrients mentioned in the Oceans page) and Memphis Meats the third (in addition to Finless and Wild Type, also mentioned in Oceans). 4

Returning to grains and other land-dwelling plants, the possible paths are also well within our control. A continued battle against harsh climate conditions is one path. Another is mitigating and even completely removing climate risk from the equation. With carbonless, connected, distributed technologies, it is possible to reduce dependency on climate for production at all scales, in all areas. Now all it takes is a distributed solar system with LED lighting to build a climate-controlled, cost-competitive indoor farm. Companies such as Aerofarms and Plenty are building vertical farms in and around urban areas to supply fresh, local produce with a fraction of the resources of industrial alternatives.

In short: anywhere in the world there is a brewery, or even a building, with access to water and solar power, it is now possible to create a farm for proteins, plants or both! There are certainly pros and cons to modern food production methods, but importantly, these new possibilities allow us to build a buffer into a system stretched beyond its limits. 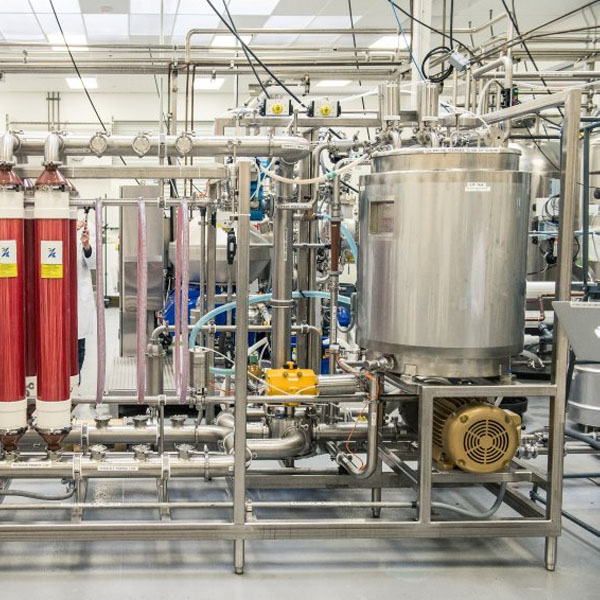 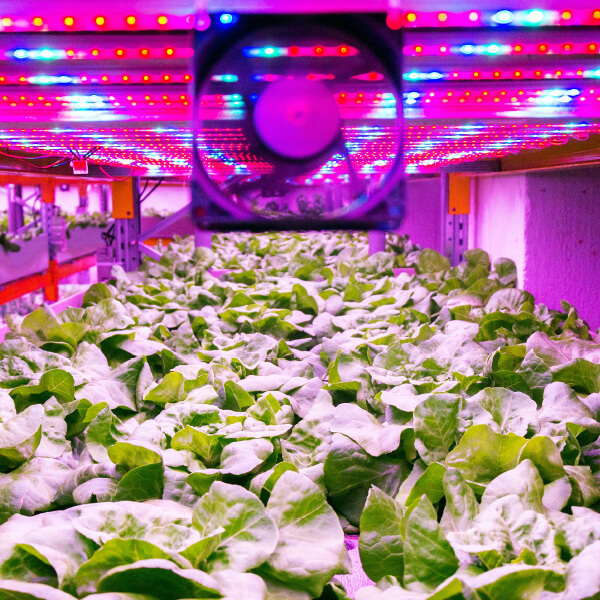 The Tiers of modern protein production 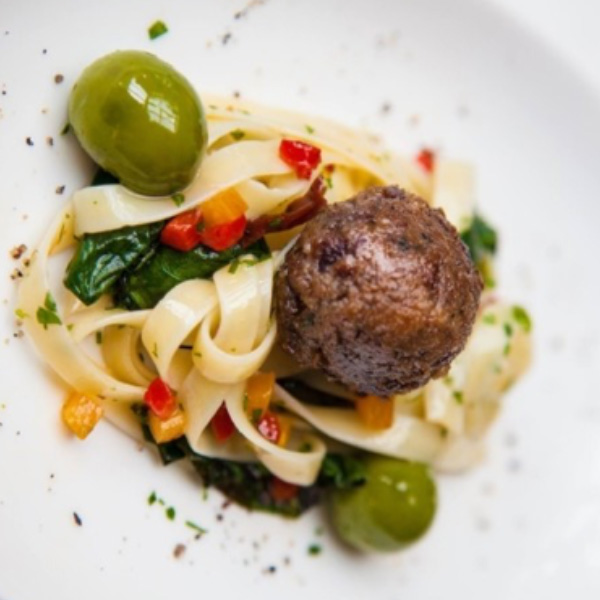 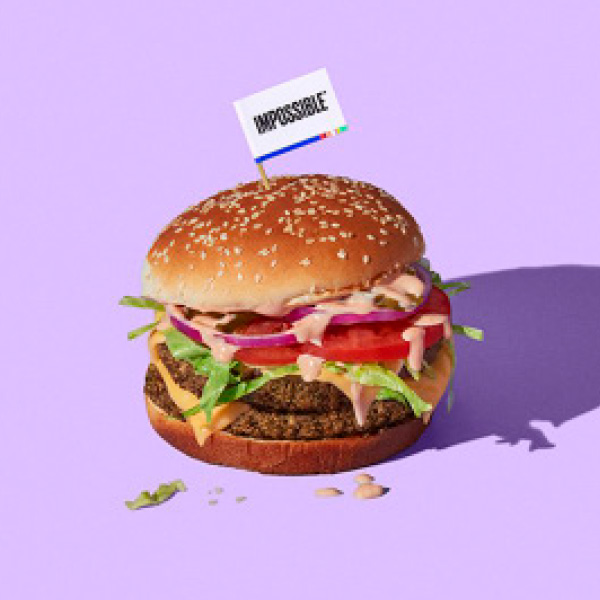 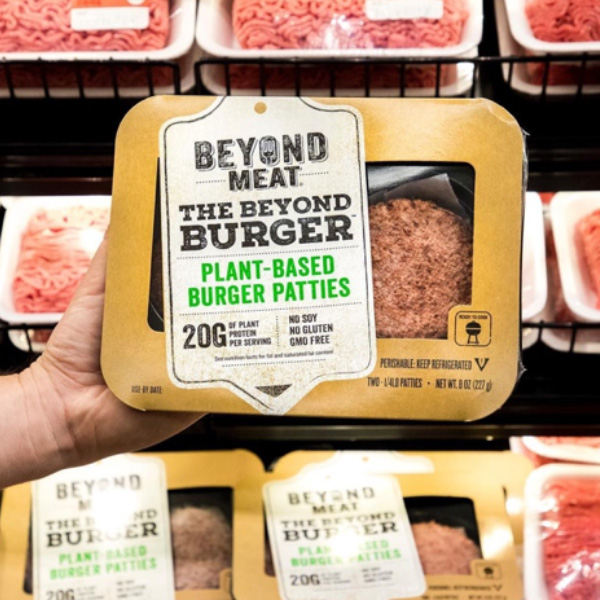 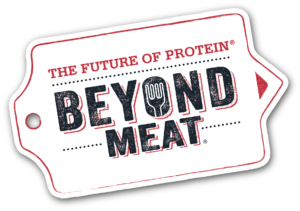 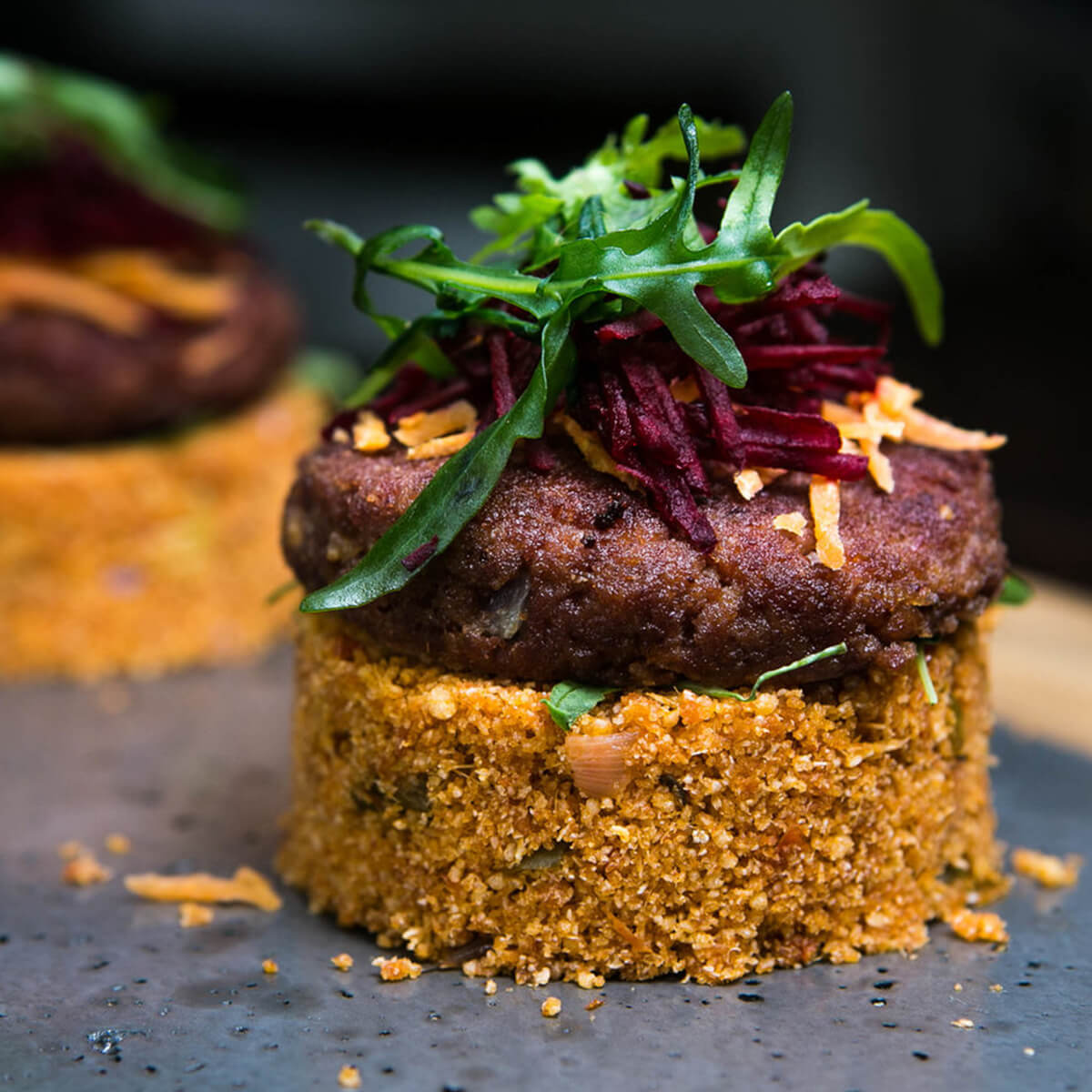 Beyond Meat Burger on a base of West Africa-inspired gari fortor made from cassava and tomatoes, topped with Growing Underground microgreens and spicy tomato chutney
coming soon
view recipe 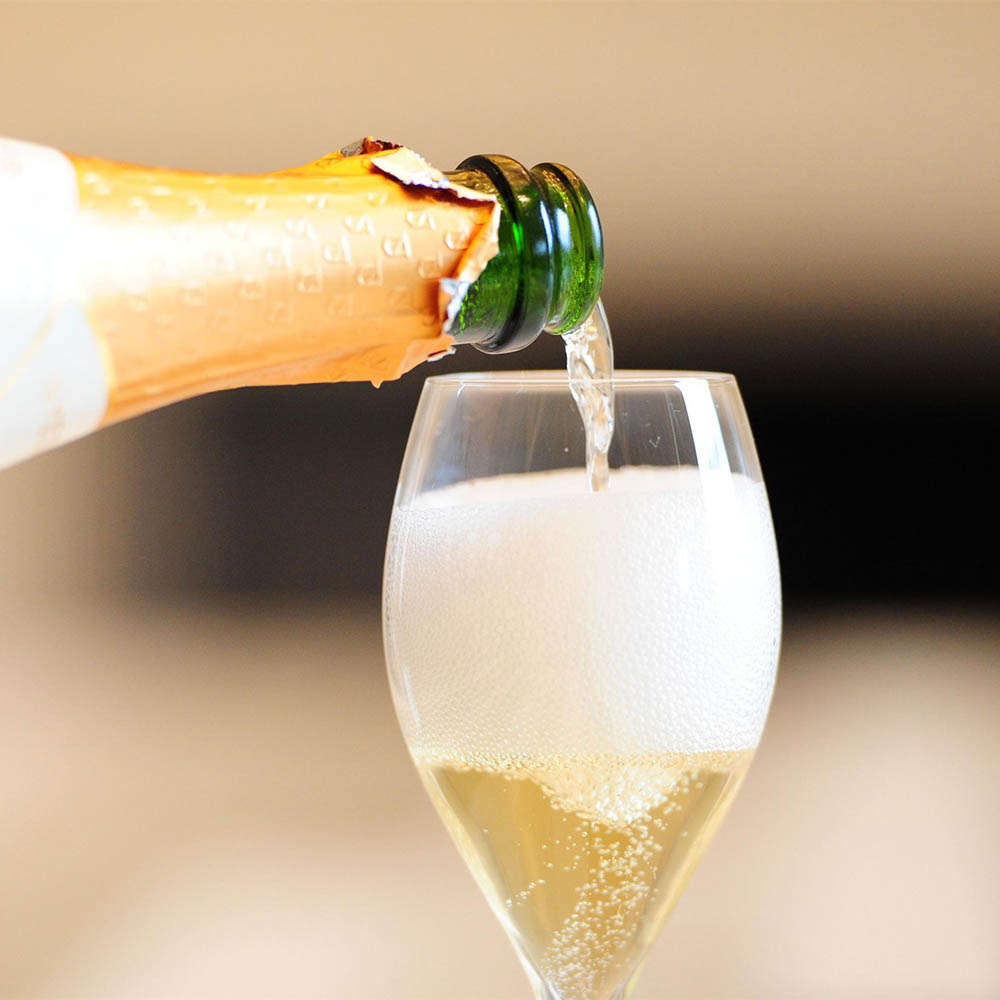 Changes in climate are creating optimal conditions for sparkling winemaking in the UK at the very same time they are disrupting production in France’s Champagne region.​
coming soon
view recipe 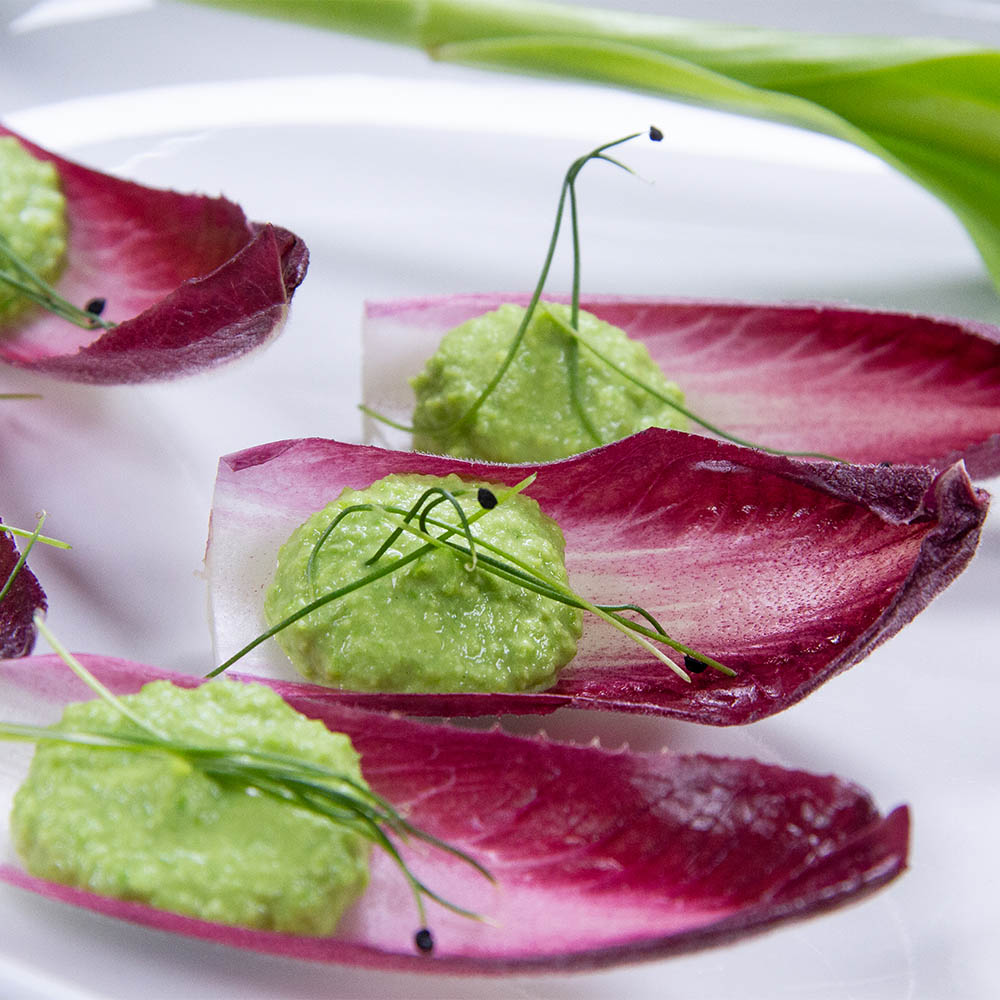 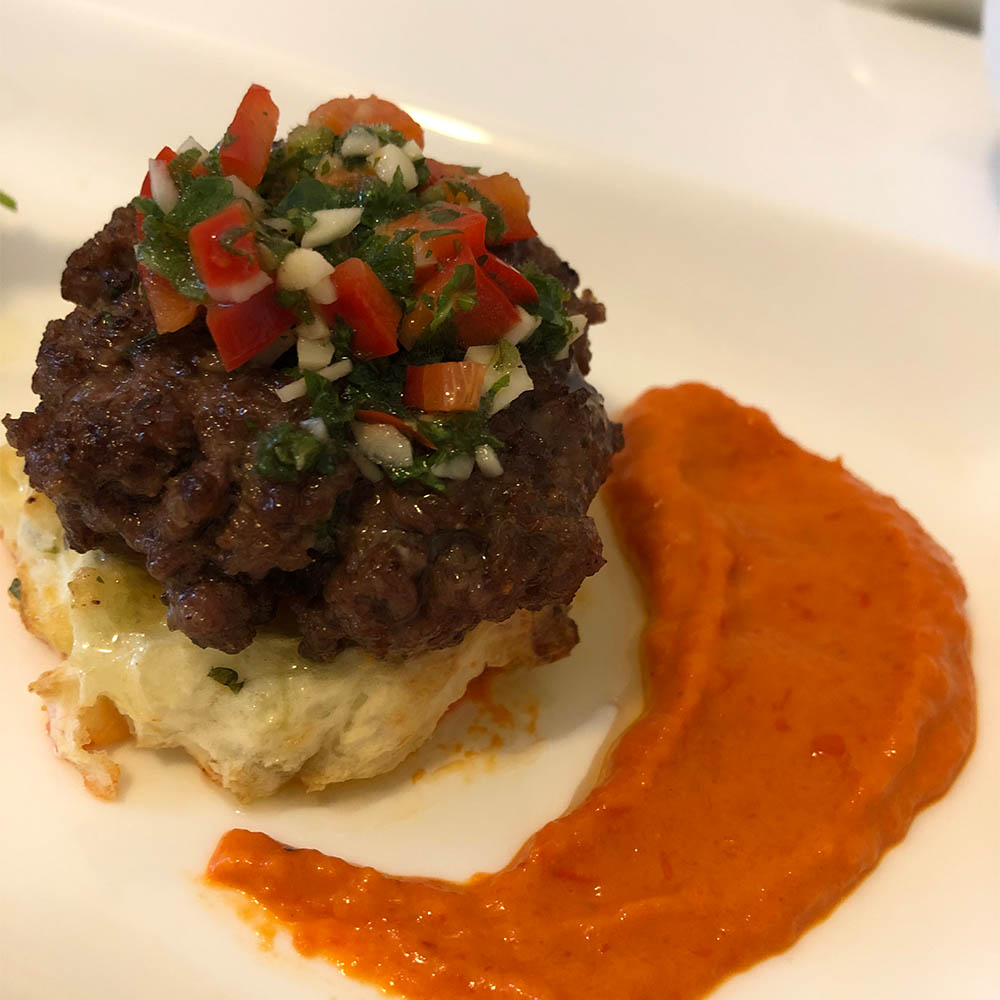 Inspired by Argentina and Brazil, these regenerative beef patties come drizzled with fresh chimichurri sauce and served on top of restorative cassava cakes with a side of roasted red pepper sauce​
coming soon
view recipe 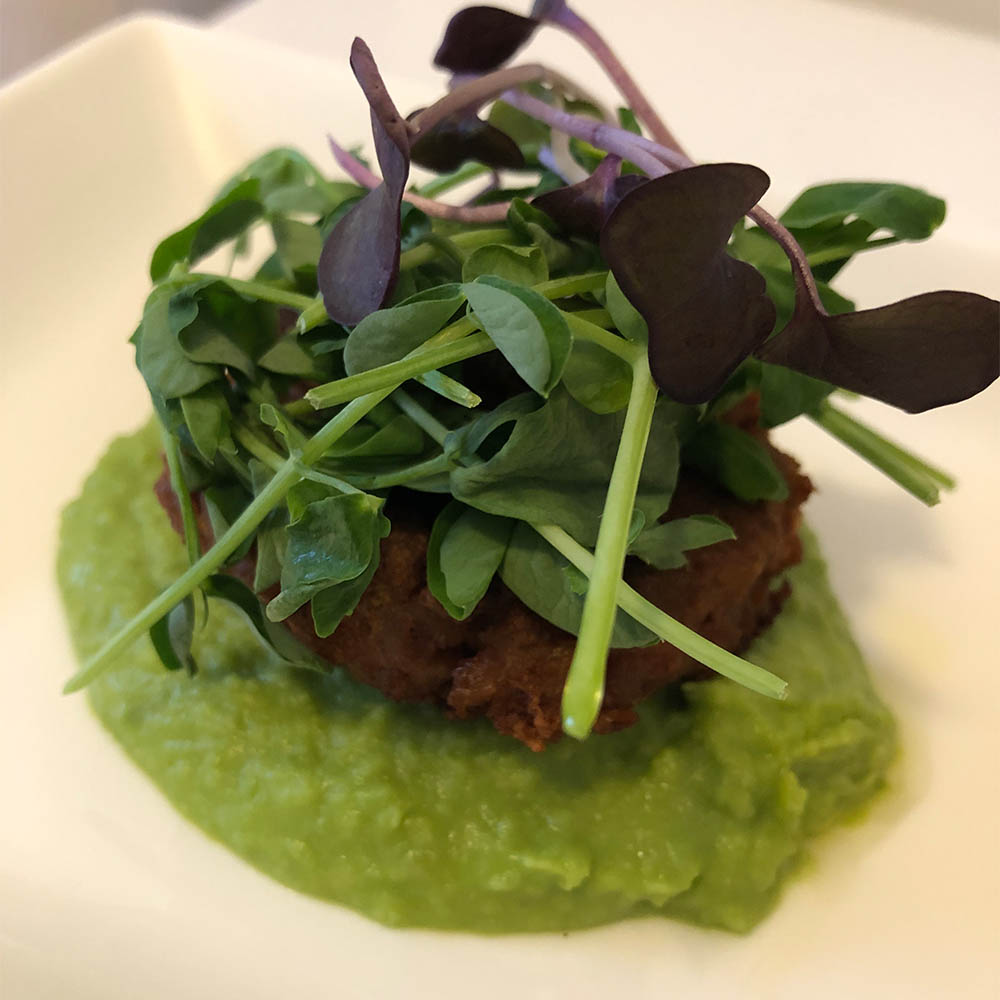 Beyond Meat Patty with Melted Modern Cheese and Pea Shoots

This dish features peas three ways: as the primary protein source in Beyond Burgers, as vertically grown pea shoots on top and as a creamy base below. Melted modern cheese complements the trio.​
coming soon
view recipe 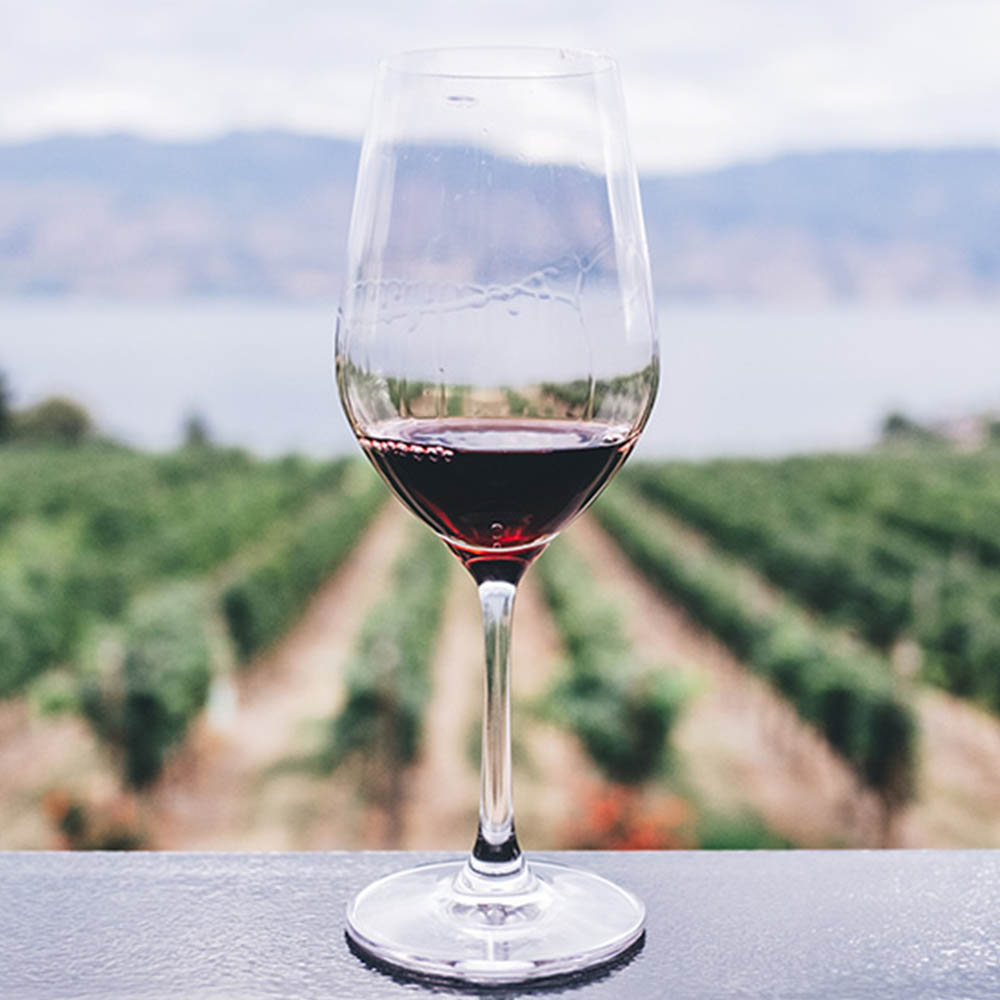 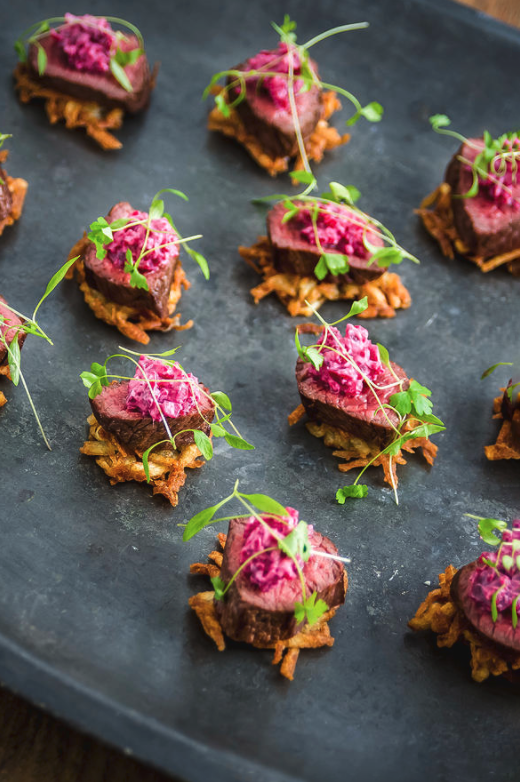 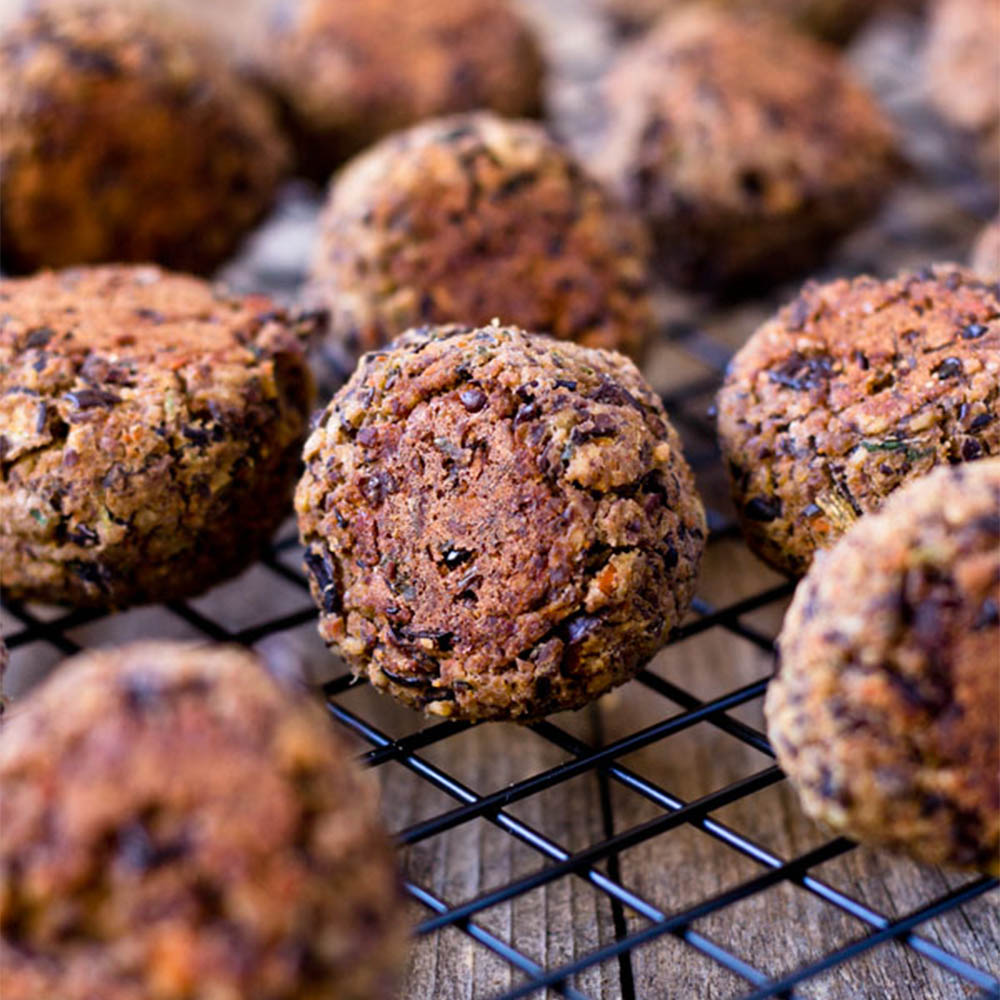 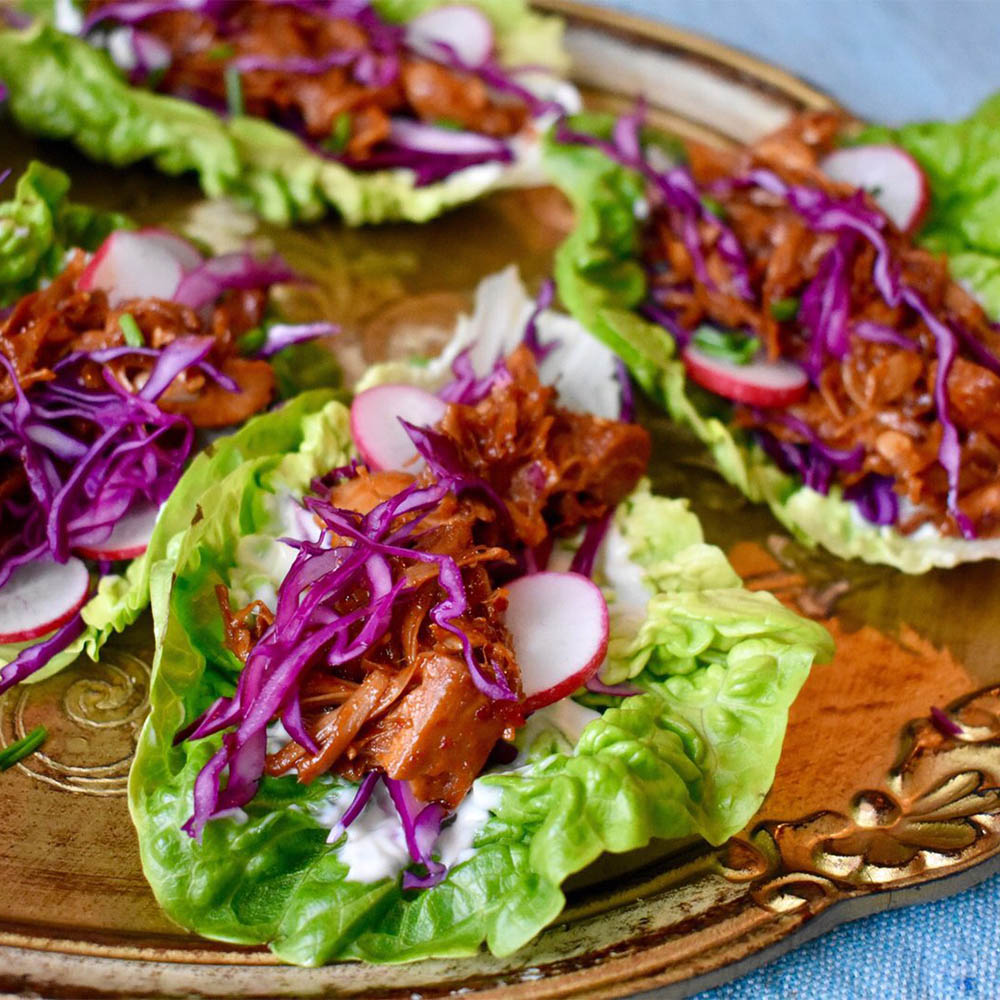 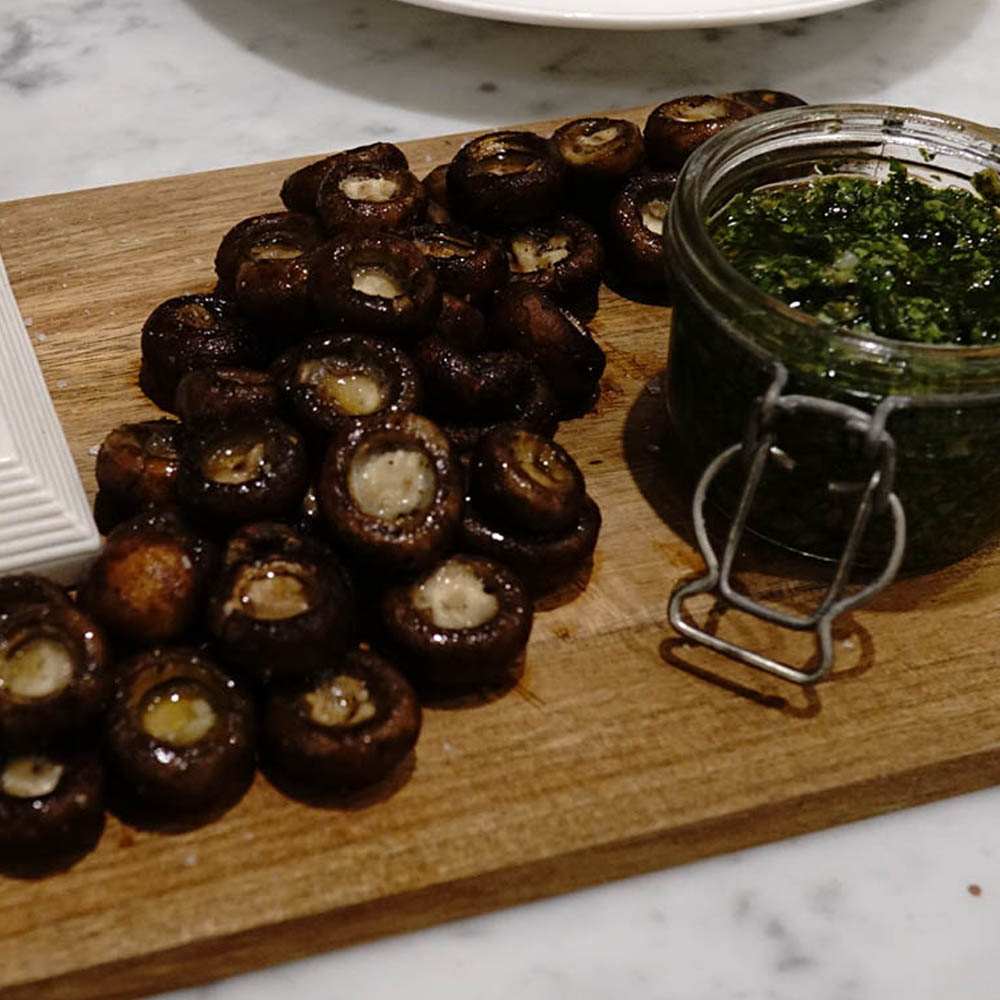 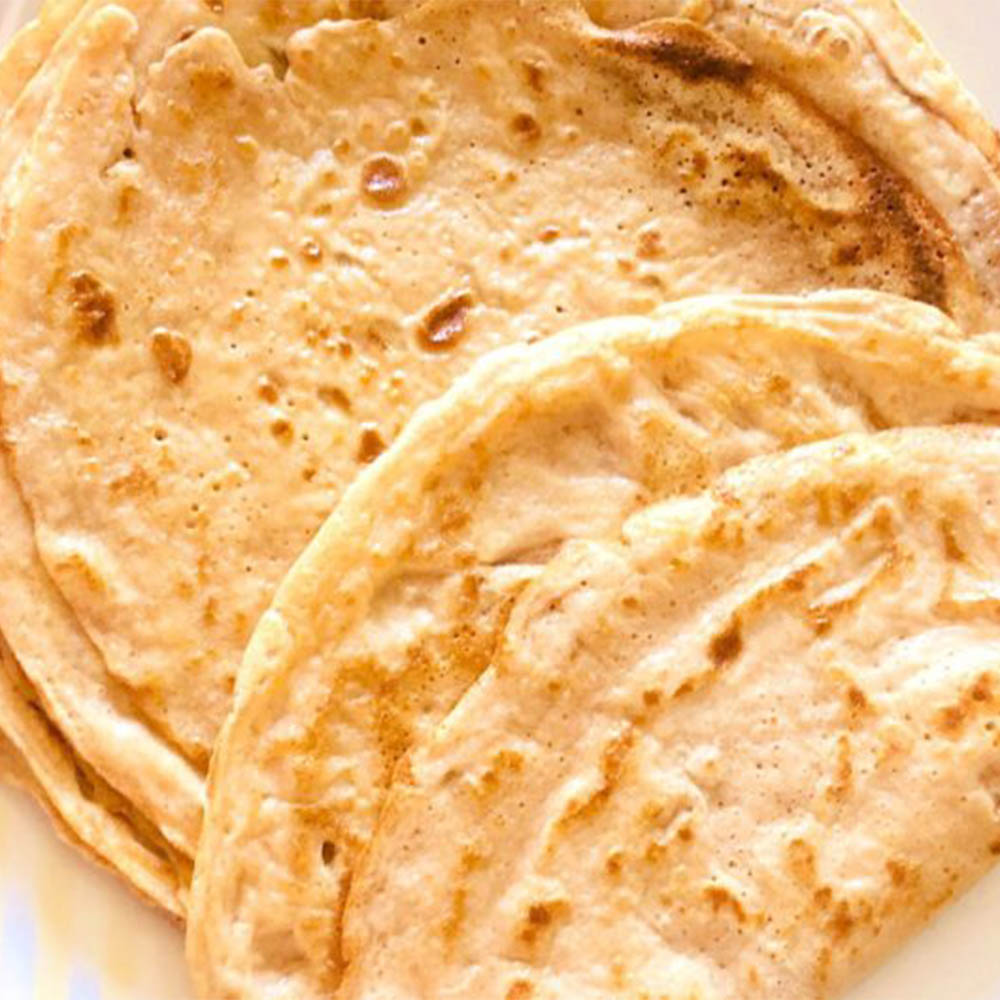